Mail-in voting remains in place for the November election 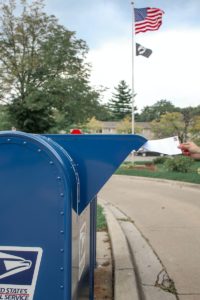 In the fall of 2021, several of the lawmakers who voted to pass Act 77, the law which allows mail-in voting, argued that this legislation should have instead been done by an amendment to our state’s constitution. In January of this year, a Commonwealth Court judge agreed that the bill was unconstitutional. The Wolf administration immediately appealed the decision, which left the law in effect until the State Supreme Court could weigh in.

On August 2nd of this year, the Supreme Court voted in a 5-2 decision to uphold Act 77. This decision ensures that registered voters in the state can vote by mail-in ballot during the upcoming general election this November. However, the law will surely face more challenges in the near future. The Republican officials who brought the suit are planning to appeal the State Supreme Court’s decision.

GOP state lawmakers are also pursuing another legal avenue to eliminate Act 77 entirely. This lawsuit is based on the non-severance clause in the law. These clauses are standard and generally say that if one part of a law is thrown out for some reason, the entire law should be void.

The Center for Coalfield Justice will be watching this closely and will be providing updates as we receive new details. For more information or to get involved in work around this issue, please reach out to our Field Program Coordinator Paul Fedore at 724-229-3550 ext. 8 or paul@centerforcoalfieldjustice.org.