Oil and Gas Amid Invasion of Ukraine: Never Let a Crisis Go to Waste 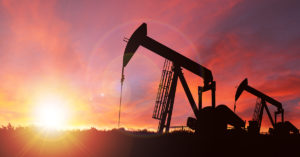 Oil and gas prices are hitting families across the globe exceptionally hard in the wake of Russia’s invasion of Ukraine. Narratives around who’s to blame and what could/should/would be happening to lower prices are spreading rampantly across media of all forms. In the narrative painted by industry, there are some significant missing pieces to the overall story that help draw one important conclusion: the oil and gas industry is capitalizing on a humanitarian crisis to lobby for their own interests.

Even before Russia invaded Ukraine, reports like this one from Reuters were coming out, documenting the oil and gas industry’s lobbying efforts to shield themselves from impacts of Russian sanctions. According to a statement by an American Petroleum Institute spokesperson, “Sanctions should be as targeted as possible in order to limit potential harm to the competitiveness of US companies.” As the world was bracing for the impact of the impending invasion, oil and gas corporations were concerned for their ability to keep earning stable profits. While the US did eventually place sanctions on Russian oil and gas imports, the wait time allowed companies like Shell to get bargain-barrel prices on Russian oil and gave other companies the opportunity to garner some positive news for voluntarily taking this step before being mandated to do so.

Consumers, already burdened by higher prices on most everyday goods, are understandably looking for relief from sky-high gas prices. As the economy sprang back to life in 2021, gas and oil prices were already rising: demand increases coupled with supply shortages – caused both by supply-chain issues and geopolitical forces in the market –  to drive prices up to their highest levels since 2014. Putin’s war against Ukraine sparked a greater geopolitical supply shortage, causing more price hikes to levels we see now.

“Unleash American energy” is the overarching theme coming from the oil and gas industry and their allies in Congress, implying that if the Biden Administration would get out of the way, the industry could take care of these crazy-high prices.

But it’s not exactly “drill, baby, drill” for much of the industry, though: oil and gas companies have indicated to their shareholders that they will not be sharply increasing their domestic production due to the invasion of Ukraine. At the CERAweek industry conference held in Houston last week, a panel of industry executives reaffirmed that their overall strategy right now is not to drastically increase supply; with Tim Leach, an executive vice president at ConocoPhillips saying, “Accelerating investment in an inflammatory environment is never a good idea. … a long-term view is what creates value for our shareholders.”  At the end of 2021, industry was already expected to raise production rates by up to 900,000 barrels per day in 2022.

We know that there are a number of unused oil and gas leases and undeveloped wells throughout the country. With a strong price signal (meaning the market can safely adjust supply and demand), why aren’t companies shifting their current strategy to rake in even more profits?

One possible answer is that a lot of the oil that was formerly imported from Russia was a specific type of oil: it has a higher sulfur content, and is used in different blends, goes through different processes, and contributes to different end-products than some of the crude produced in the US. Russian oil also was sent to specific areas in the United States, such as the West Coast, which is more disconnected from the US’s vast system of pipelines than other areas like the midwest. The US could increase their production, but would that even be what is needed in specific locations to fill the gap left by Russian imports? Experts say that crude produced in Canada or Venezuela would better fill the gaps. Increasing supply of a product that isn’t in demand is a lose-lose for industry and people.

Another, potentially more important, answer is that oil and gas operators are taking advantage of their current profits by investing in stock buyback programs. A company that wants to grow would likely invest profits back into its business, while a company that isn’t looking to grow exponentially would focus more on getting cash in-hand to shareholders via dividends or stock buybacks. Stock buyback programs allow them to reward investors while also gaining back some of the ownership that they had sold away by trading in the public stock market and increasing their stock price. In the fourth quarter of 2021, stock buyback rates increased across the oil and gas sector by over 2,000%. Companies don’t see this current demand holding out in the long-term, so they’re making moves to protect shareholders as much as possible while their profits are coming in strong.

This is where the oil and gas industry is capitalizing on a humanitarian crisis. There have been numerous calls from lobbyists and trade groups to eliminate legal and regulatory hurdles for industry in order to, again, “unleash” the US oil and gas industry. They’re asking for expansion of offshore drilling, more drilling leases on federal lands like the Arctic National Wildlife Refuge, to invest in more LNG import/export infrastructure – all very long-term proposals that fail to address the very current economic pressures that families and communities across the globe are facing. Most of these types of projects would take several years to come online, bringing little to no relief from current prices even if we were to give them the green light tomorrow. The results of their lobbying will not and cannot help in the short-term. To expand, to expedite for future projects means to entrench our world deeper into a fossil-fueled future in the long-term.

Long-term investments in fossil fuel infrastructure don’t make us safer, and they don’t help working families put gas in their cars or heat their homes right now. The oil and gas industry’s lobbying efforts do nothing but take advantage of the fact that hundreds of millions of people are feeling pressure from high prices right now. Quite frankly, there might be very little US producers can do to help blunt the financial impact of higher prices (unless they are willing to make a couple billion dollars less in profit each quarter). We expect that oil and gas companies will look out for their shareholders and bottom-lines – they have an obligation to do so. That’s not new. What they absolutely can do is to stop driving a false narrative about their ability to fix this situation, drilling more division among communities in the process.