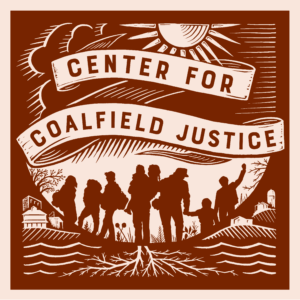 WASHINGTON, PA — On July 19, 2022, after a years-long fight, the Allegheny County Council overrode a veto by County Executive Rich Fitzgerald and banned fracking within and under county parks. Later that evening, Pennsylvania State Senator Gene Yaw issued a legislative memo in response to the County Council’s decision. The memo states that he intends to introduce legislation prohibiting Allegheny County and other counties who may follow their lead from receiving their share of state Impact Fee Drilling Fund. Counties that ban fracking on county-owned land would also become ineligible for any Marcellus Legacy Fund grants.

“The Center for Coalfield Justice condemns State Senator Gene Yaw’s proposal to prohibit counties that ban fracking on public land from receiving funds they are entitled to. Protecting our parks from the harmful effects of fossil fuel extraction is vital for the well-being of Pennsylvanians. Local governments should have the ability to regulate where fracking occurs to minimize its harmful effects without fear that they will lose their share of the Impact Fee Drilling Fund,” said Nina Victoria, a Policy Fellow at the Center for Coalfield Justice.

The Impact Fee Drilling Fund distributes millions of dollars into counties that are home to unconventional gas wells. The more wells the county has, the more money they receive from impact fees. For example, Allegheny County received $1,864,756 in 2021. The impact fees a county receives can be spent in thirteen categories that relate to the effects of unconventional drilling, including repairing roadways and water and sewage systems, reducing taxes, and to increase the availability of safe and affordable housing.

The Impact Fee Drilling Fund is vital to the restoration of communities. However, counties that are home to operating unconventional gas wells should have the ability to protect public land from drilling without risk of losing funding they depend on. Since the pandemic’s start, Pennsylvania residents have been using parks and trails at unprecedented levels. They are indispensable places where we can enjoy the fresh air and sunshine for the benefit of our physical and mental health. Counties should not lose revenue they are entitled to from existing wells because they choose to ban new wells in parks or other public land.