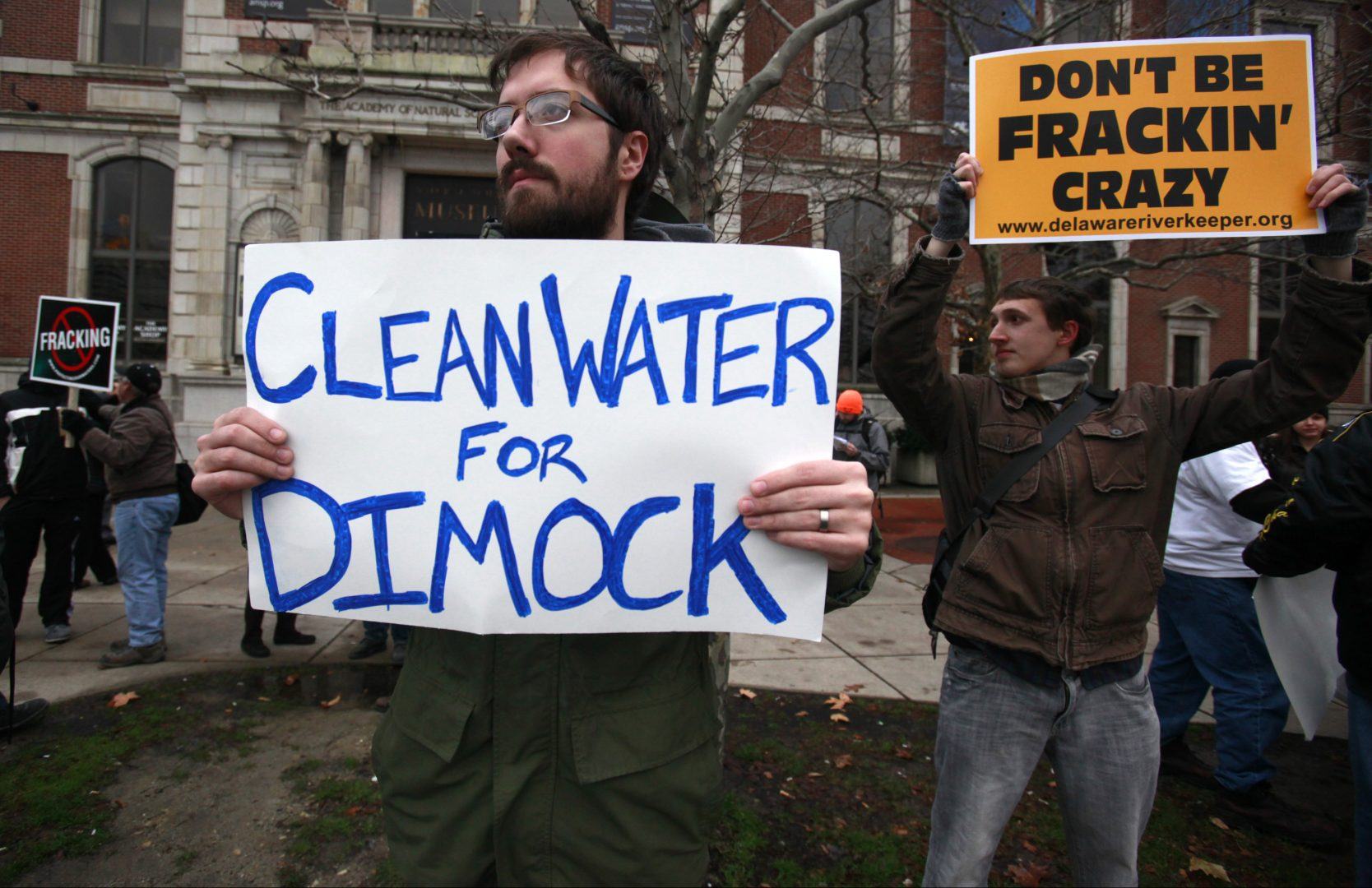 It started with a drinking water well explosion on New Year’s Day 2009. Dimock, a small community in Susquehanna County, gained national attention when the 2010 documentary “Gasland” showed residents lighting their tap water on fire.  Since unconventional gas drilling, known as fracking, took off in the late 2000s in Pennsylvania and neighboring states, the Dimock case has been among those most cited to highlight the risks to local drinking water.

Methane is the predominant component of natural gas. Methane samples from water supplies can be sent to a specialized laboratory for isotopic and compositional analysis. These analyses allow for a more detailed characterization of the stray gas present in the water supply, which allows the DEP to determine whether the stray gas is associated with oil and gas activities. Methane may be detected in water wells before or after drilling for reasons unrelated to oil and gas development. Federal water standard limitations have not been established for methane. The level of concern begins above 28 mg/L methane. At this level, under normal atmospheric pressure, the water cannot hold additional methane in solution. This may allow the gas to come out of the water and concentrate in the air space of a building. While methane gas alone does not cause health problems in drinking water, at elevated levels, it can escape water causing an explosive hazard in poorly ventilated or confined areas.

As of December 2010, according to the Consent Order, Cabot had plugged and restored three of the Dimock/Carter Road Gas Wells; Conducted remedial actions at two of its wells; prepared and implemented a plan to check the integrity of the Dimock/Carter Road Gas Wells; provided temporary, whole house water supplies to owners of residences within the impacted area; provided new vent stacks or extended existing vent stacks on water supplies; and paid $570,000 to the DEP in settlement of civil and monthly stipulated penalties. The December 2010 Consent Order and Agreement required Cabot to permanently restore and replace water supplies and prevent further gas migration. It also required Cabot to continue to provide and maintain temporary potable water and, as applicable, continue to maintain gas mitigation devices that it had previously installed until Cabot received written notice from the DEP that it no longer needed to provide temporary water. Cabot had already purchased whole house gas mitigation devices for residential water supplies within the impacted area. The December 2010 Consent Order and Agreement required Cabot to notify property owners in writing that Cabot would install a whole house gas mitigation device at the owner’s residence. Many residents rejected individual water treatment systems as inadequate and unworkable. The Consent Order also required Cabot to shut down its operations within a nine square-mile area in Dimock Township.

But, problems with Cabot’s Susquehanna County drilling activities persisted for the next decade. In 2010, state officials announced a $12 million plan to connect the affected residents’ houses to public water. Months later that plan was scrapped under legal threat from Cabot and local officials.  Cabot reached a settlement with some residents in 2012. In November 2015, the DEP proposed a Consent Order addressing faulty gas wells and polluted water supplies. In December 2016, Cabot agreed to pay a civil penalty of $300,000, and Cabot made statements that the source of methane had been remediated. The Department issued two Notices of Violation in 2017, one in June and one in November, that identified continued gas migration. In June 2018, the DEP issued a Notice of Violation outlining outstanding compliance issues with the December 2010 Consent Order and Agreement, as well as additional instances of methane migration that had not been resolved.

Then, on June 15, 2020, the Pennsylvania Attorney General’s Office charged Cabot with 15 criminal counts after a grand jury found that Cabot had failed to fix faulty gas wells leaking methane into residential water supplies.

After almost 14 years, Coterra Energy Inc., the corporate successor of Cabot Oil and Gas, pleaded no contest to the criminal charges. Under Pennsylvania law, a plea of no contest, or “nolo contendere,” means the company accepts the criminal conviction, but the plea can’t be used as an admission of guilt in a separate civil proceeding.  The company agreed to pay $16.29 million to Pennsylvania American Water to build a public water system to provide clean water to impacted residents and cover water bills for 75 years. In the meantime, these funds will also be used to provide treatment systems to treat residents’ water supplies and to provide bottled water while the public water supply line is under construction. Importantly, the plea agreement delivered more for impacted residents than the penalties of a guilty verdict. The penalty for a conviction under Pennsylvania’s Clean Streams Law is a maximum $50,000 fine for each violation.